Cartamundi - Benefits of Play: Waking up the creative mind

Benefits of Play: Waking up the creative mind

Playing together is … boosting imagination and creativity 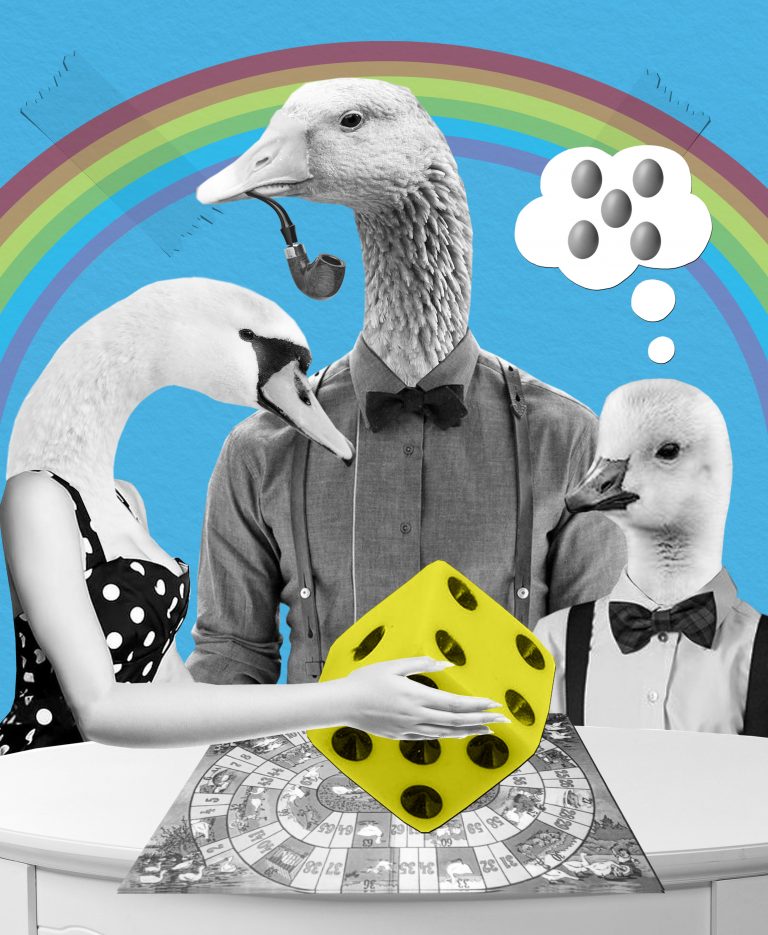 Life has big surprises in store for us, both good and bad. We need to think on our feet. We need to be creative—not all the time, but often. Creativity and imagination offer the best ways out of any challenge. And how do we access those treasure troves? “More dots! We need to discover and connect as many dots as we can”, says creativity expert Deej Johnson.

Playing as adults: just a distraction or gateway to success?

Anyone who has ever watched a child play knows that it only takes a few minutes for magic to happen. In the world of games, children learn to solve problems and develop skills like organization, abstraction and strategy. As they grow out of their toddler games, they turn to ever more complex games with new challenges. What better way to prepare for the real world, where problem-solving is one skill they will need every day?

As adults, however, the real world remains puzzling to many of us. Play, far from being a way to prepare for its challenges, becomes a way to escape it. But there is more going on, says Rob Sparks, game designer and founder of Board Game Bud: “Wonder, surprise and novelty are all intrinsic to playing. You could see playing as just a distraction, but sometimes distraction is exactly what you need.”

“You could see playing as just a distraction, but sometimes distraction is exactly what you need.”

Pave the way to a eureka moment

Albert Einstein was known to step away from his work to play the violin. More often than not, playing for a while helped him reach a conclusion that he was unable to come to while he was perched over his desk. Why? “Combinatory play seems to be the essential feature in productive thought”, Einstein wrote in a letter.

Rob Sparks knows the feeling: “It’s not unusual for me to still be sitting on a work problem during game night. I find that when I stop thinking actively about it, I give my mind space to let the creative problem-solving start in the background. When I get back to work, I might have some crazy ideas.”

Creating is a skill. Stories will get you going.

Publisher and game designer Phalgun Polepalli believes that a good game will help you take the wheel and create your own story.

“Every board game tells a story. And you, the player, are in control of that story. This is how board games help people to develop imagination. Problem solving and creative thinking are a part of every play session. Give a player enough agency to figure out their own path and they will develop the skill of creating.”

Whether you play the violin like Einstein, or layout a board game like Rob, playing sparks new ways of thinking and may even lead to that eureka moment that’s been eluding you. “It’s like having an epiphany on the toilet: ideas often come when you least expect them”, says Rob. “You turn your mind to something else and suddenly you realize: “that’s it!” You had all the pieces; you just couldn’t see how they fit together.”

IT developer by day, Rob loves to kick back with a game, on his own or in good company. “Game design kind of creeps up on you,” he says. “I never thought I would start designing board games. On the other hand, games were probably the reason I got hired. My day job as a content developer involves a great deal of gamification. It’s surprising what games offer in the way of skill development, from technical stuff like user experience to documentation cooperation. Even life skills, like dealing with rejection or losing.” 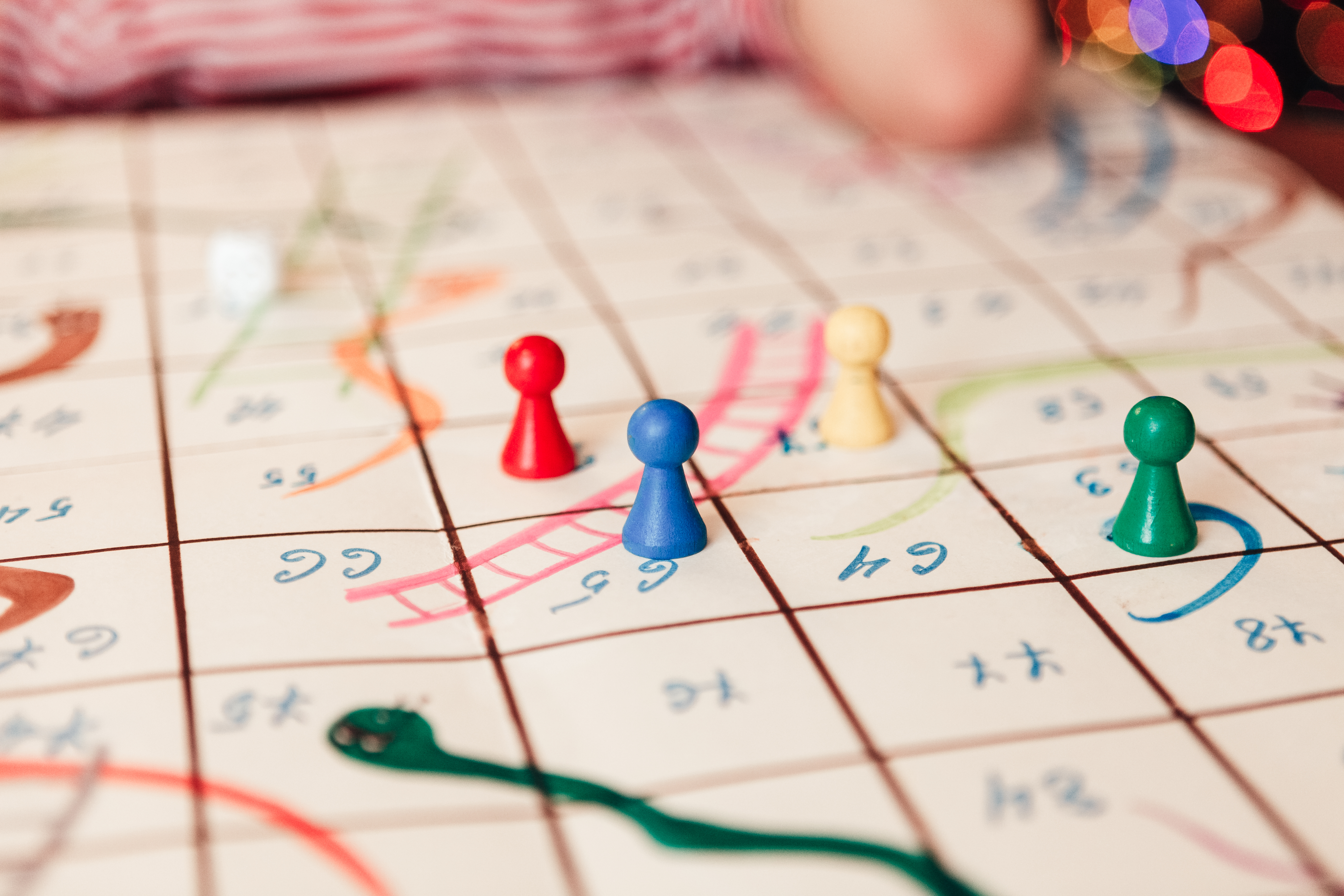 “We all need to be challenged to step outside of our usual thinking. A good game will do that for you.”

Stress is the killer of creativity.

Playing has many functions, but perhaps the most important is simply having fun. The simple act of playing a game can protect us against the negative effects of stress.

Creative consultant, card magician and writer Deej Johnson has seen the link between play and creativity in his own work. Together with Billy Langsworthy, he wrote a book about creative thinking, called ‘The Snakes & Ladders Of Creative Thinking’ (2019). It is aimed at board game designers, but it helps other professionals to find more and better ideas too.

According to Deej, “Stress is the killer of creativity.” And how do we combat stress? “Relaxing helps, but studies have shown that there is nothing better than laughter to bolster creativity.” What better way to get laughing than by playing a crazy game?

“You can try this in a work setting, too,” Deej says. “Imagine starting a seminar or a workshop with a game instead of sitting people down immediately. Some people find themselves physically responding to a board game when they play it for the first time. They feel a dopamine hit and are more mentally engaged. If you pick the right board games, that helps tremendously.”

Moreover, playing leads to a more productive way of dealing with stress: resourcefulness. “I call it input/output”, Deej says. “If I’m trying to continually output ideas, I’m going to run out. I need to balance that with input from other people’s stories and ideas. Steve Jobs once said that ‘creativity is just joining the dots’. We all need to be challenged to step outside of our usual thinking, to discover more dots. A good game does that for you.”

Fill the tank, stock the bank

Rob Sparks, the game designer, agrees that playing adds to your mental toolbox. “I think it’s important to balance play with work,” he says. “You need to relax and look after yourself. You need to pull your mind off work to refill the tank. And what better way to do that than by playing a game? While playing, you are stocking the bank with creative tools. You might find that they come in handy when you need them.”

But who has the time? Simple: you make it

Richard Denning, director of the UK Games Expo, has the simple answer to the question on our minds: how do we make playing a regular part of our lives?

“Make time for it. I worked as a doctor doing 80+-hour weeks and still arranged gaming weekends. When working full time as a general practitioner, I still attended a weekly games night and six to eight games weekends a year. Even today I game two or three nights a week. Set aside some time each week as your escape from the ‘day job’. Even better: seek out game cafes or clubs near you and start spending time there.”

All this is good news to anyone who has ever had to solve a problem, at work or in life. Creativity and productivity are within reach if you just crack open a game. But it is hard to be creative when you are stressed out and in a negative frame of mind. And there lies the problem: playing is often the last thing on your mind when you are hunched over a work problem or have just come home from a long, tiring day. Play could be the solution, but how can we reach it when we are in the wrong mood for a game?

Our advice? Start building play time into your schedule. Before you know it, you will feel pressure fall away and make room for creativity and imagination. It works—we know this firsthand.