Playing cards and board games create strong bonds among friends and families. Discover why exactly playing is so important. 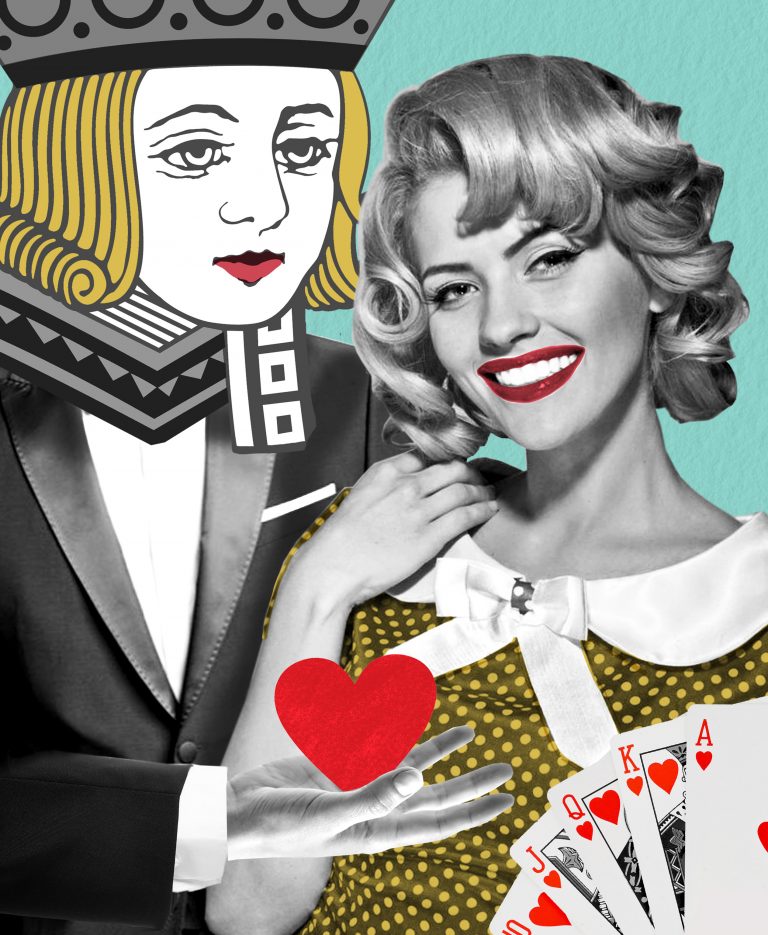 Playing together is … strengthening bonds

“You can discover more about a person in an hour of play than in a year of conversation.” If Plato said it, then it must be true. As children, playing is our first way of interacting with others. And research shows that at any age, we use games and play to strengthen our bonds with friends and family.

How children learn about relationships

Playing is how children learn from the youngest age. Have you ever seen a baby giggle when you play the easiest game of hide and seek—now you see me, now you don’t? It’s not only adorable: it teaches young brains about the world and the most important people in their lives.

Through games, children learn to understand the rules of how to treat each other. They figure out what is fair and what is not, and learn about losing and winning together. Playing with others teaches kids about teamwork and strategy. Meanwhile, they are picking up invaluable social skills and, most importantly, making friends for life. All of this comes naturally to children, who can turn any moment of boredom into a fun game—and sharpen their creativity while they are playing.

… and why we still play as adults

When we grow up, does playing still matter? Absolutely. Playtime may not be an essential part of our days as adults, but we keep finding time for fun and games. Be it as structured and planned as getting together for an evening of card or board games with friends, or as simple as pulling a prank on someone in the office: playing games is for all ages.

Researchers believe that playing is crucial to human connection. “Play is so deeply ingrained in terms of our own evolutionary drive to survive,” says Dr Bowen White, a founding member of the National Institute for Play. “Play helps us connect with other people because we are open in a way that allows them to feel, maybe, this is a safe person to be with and maybe even fun to be around.” 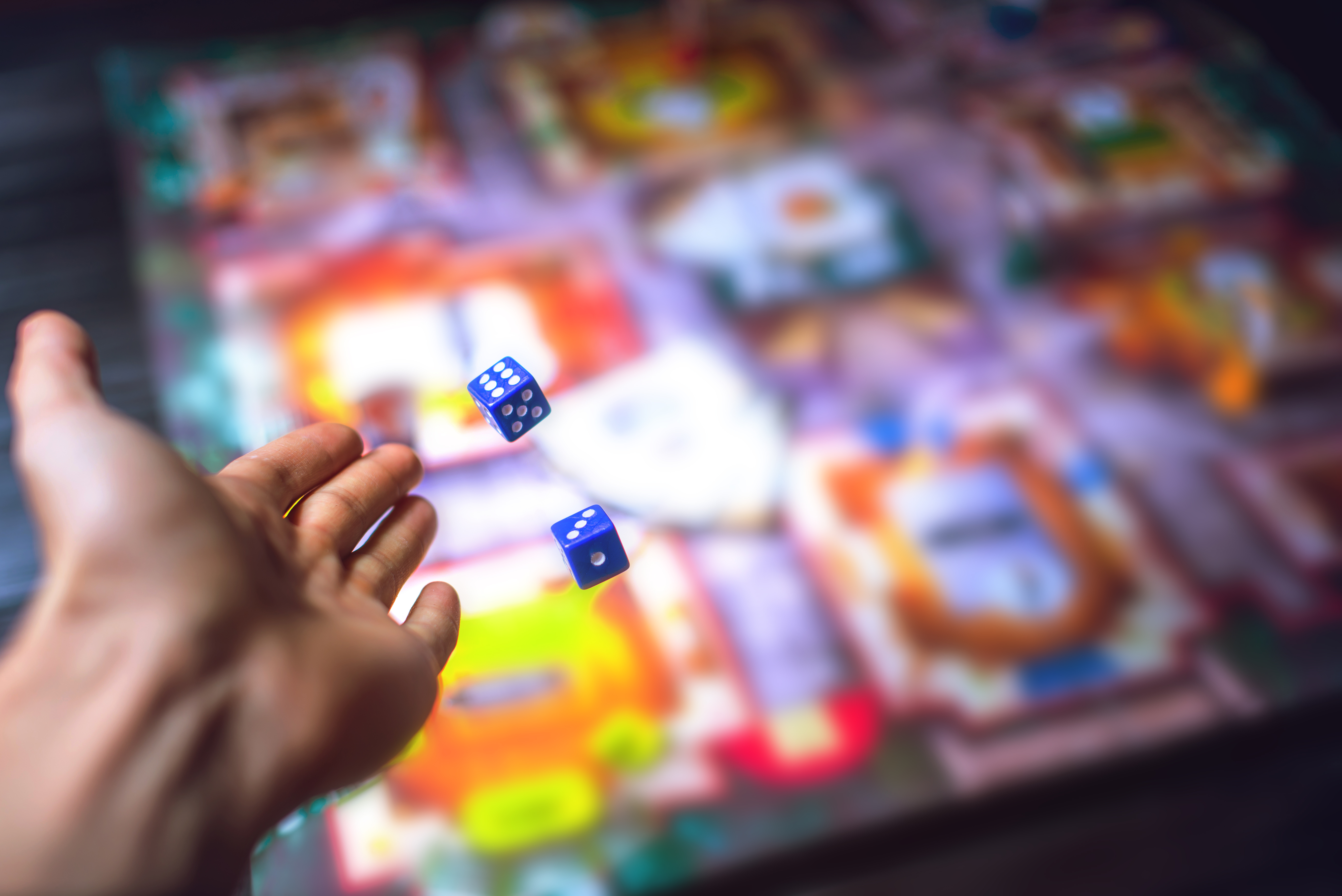 “Geselschaftsspiel”: A linguistic side note from a board game professional

Did you know that the English term “board game” is a bit of an outlier? In many other languages, the idea of playing together is an integral part of the word.

Seb Van Deun, owner of game shop and café De Kolonisten in Turnhout, Belgium: “In German, you say “Geselschaftsspiel”—literally “company game”. Dutch has the same word, “gezelschapsspel”. The French say “jeu de société”. It makes sense to correlate the game itself to the people you play it with. You play board games to feel connected. Good company makes for a good game, and for good times.”

When we choose to get together and enjoy each other’s company during a game, we create trust. Even more than competitive games—which, to be clear, are a lot of fun—a cooperative game can bring out the best in our relationships.

Matt Leacock, creator of the popular game Pandemic, found this out first-hand when he started playing board games with his wife. “Early in our marriage, we played all sorts of games together. Some worked well for us, while others … didn’t”, Matt wrote in a New York Times opinion piece. “I recall a particularly disastrous negotiation game where the emotions generated by my psychological manipulation, relentless competition and betrayals during play bled out into the real world and put a strain on our relationship.”

“When playing our first cooperative game together, we had a markedly different experience. The challenges were all the more exciting for being shared—and regardless of whether we won or lost, we both enjoyed the ride because we were in it together.”

The concept of ‘togetherness’ pops up over and over. Richard Denning has seen the magic of playing together on a large scale. He is the director of the UK Games Expo, one of the largest board game shows in the world.

“First off, our goal is to provide a platform for designers, publishers, manufacturers and the games media to gather and interact”, Richard says. “Then there is the consumer angle. We aim to provide a weekend of entertainment and fun for thousands of people and both fuel the love of games in enthusiasts and kindle it in the general public.”

During the show, the atmosphere is amazing and positively infectious, according to Richard. “This is an extension of the vibe around a table of four players. Chat and humour, some good-natured competition and ribbing. Multiply that vibe hundreds of times over in a convention and you get a great feeling of people together enjoying each other’s company. Folk from one table sometimes join in the banter: ‘Watch out for Pat and his dice!’ or ‘Make sure she explains the game properly this time!’. On top of that, you get the opportunity to meet people you don’t know, play games and make friends.”

Playing connects us all

Setting up a game is a great way to spend time with friends and family, share laughter and relax. What’s more, games can bring people together in a way that nothing else can. That is why many businesses use games for teambuilding, and why playing a game is the quickest way to break the ice with a group of strangers. Games can convince grandma to get down on the floor with an enthusiastic toddler, strengthen your marriage or show you common ground with someone you’ve only just met.

That brings us back to that Plato quote: “You can discover more about a person in an hour of play than in a year of conversation.” Chances are that Plato never actually said this. He may not even have believed it—his work indicates that he thought games were a bit frivolous.

The Ancient Greeks, however, were very convinced of the importance of playing. They thought of ‘play’ as anything from music and dancing to athletics and board games. How do we know? One example is a beautiful amphora by the potter Exekias, depicting the mythical heroes Ajax and Achilles. If they could find time to play a game of dice on the battlefield at Troy, then surely, so should we.