A Perfect Match - the Red Devils and Cartamundi

In 2018, the Belgian Red Devils will be defending our national pride at the World Cup competition in Russia. And, once again, two world-class players are joining forces to support them and get the country cheering for our national team. In this connection, it is with great pride that the Royal Belgian Football Association (RBFA) and Cartamundi are bringing exclusive new playing cards and card games into the squad.

It’s for the third time, actually, as in the run up to the 2014 World Cup we had already treated fans to Red Devils card games (one pack showing Red Devils jerseys and the other featuring official player portraits and action shots). We brought out another two Red Devils games right after the final, as well as ‘Guess who’ and ‘Trivial Pursuit’ card games for the younger supporters. We aim to do even better for the 2018 World Cup as this time around the games are even more exclusive, authentic and playable, and personalised. 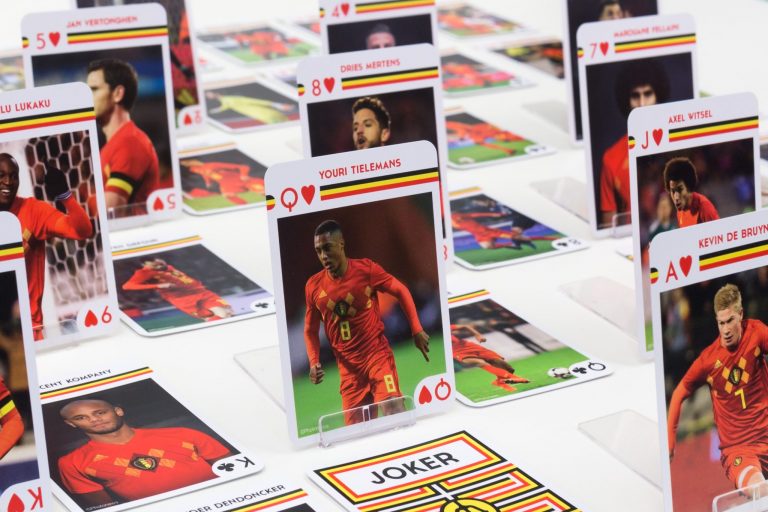 "It's a pleasure to work with a Belgian company who makes such beautiful personalized products." Mathias Levacq, Sponsorship & Commercial Executive, KBVB

Devils Exclusive. The one and only

Football cards have always scored high in Cartamundi’s product range. In the past, we have marketed official international football cards under licence for the international football federation (FIFA) and its European counterpart (UEFA). Cartamundi has also marketed card games showing portraits of national teams with success in Germany, Poland, Hungary and other European countries.

Now, exclusively for the 2018 World Cup in Russia, we are launching two sets of playing cards. Belgian… and devilish, through and through. The first set has action photos of all the star players, such as Eden Hazard, Thibaut Courtois, Kevin De Bruyne, Romelu Lukaku and Dries Mertens. The second set in turn features all the official Devils portraits. Both sets are made with pride, with great pride, in Belgium and owe their exclusivity to the official signature of the Federation president, the seal and the high-quality finish of the box. 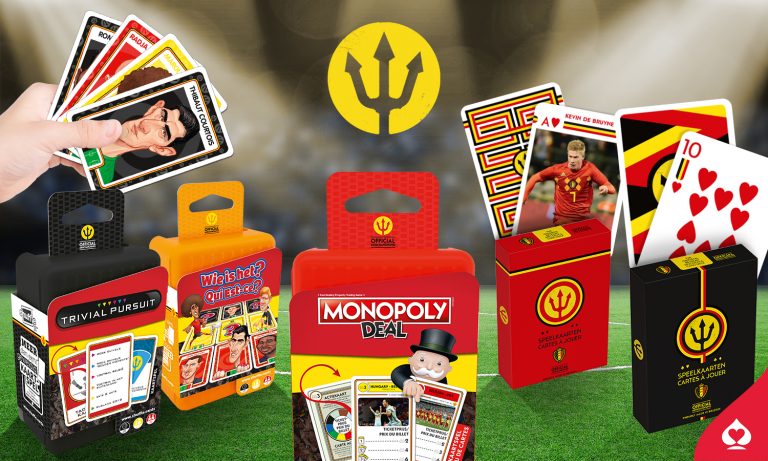 A hattrick of card games

In the ‘Belgian Red Devils Monopoly Deal’ card game you collect sporting moments of the past and present. For example, there’s the legendary duels with the USSR at the 1986 World Cup – combined with Rik De Saedeleer’s lyrical commentary in Mexico – as well as the heroic victory against the US in Brazil and the striking goals in Greece that catapulted our Belgian Red Devils to the 2018 World Cup competition in Russia. The first to collect three competitions wins the game.

There is also a Devils version of ‘Guess Who’. No real photos this time but genuine caricatures, unique pictures to look at in context. Can you guess your opponent’s secret footballer? Our third game, ‘Belgian Red Devils Trivial Pursuit’, is made by and for the fans. Our game designers got together with 1895, the official Belgian Red Devils fan club, to come up with 330 questions about football. The winner is the player who knows the most about our national team. 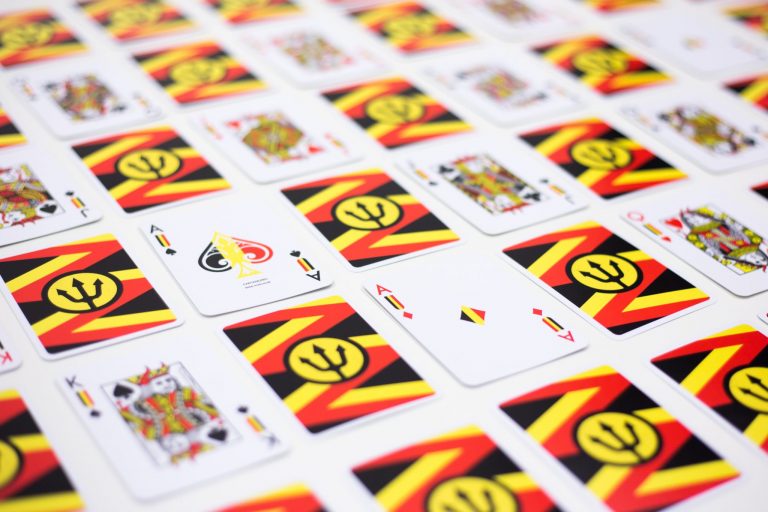 MyCards. From, for and with the fans

Cartamundi launches its highly accessible Belgian Red Devils MyCards for all the fans. On the MyCards platform, developed by Cartamundi Digital , any fan can arrange to have his or her name or photo printed on the playing cards or have his or her photo placed in a quartet or memory game among the rest of the Red Devils. What’s more, it’s even possible to create a MyUNO Belgian Red Devils set with one’s favourite players.

Are you interested in the above Belgian Red Devils card games? Get in touch with Geert Carlier or Jan Lieckens. They will be glad to help you further!